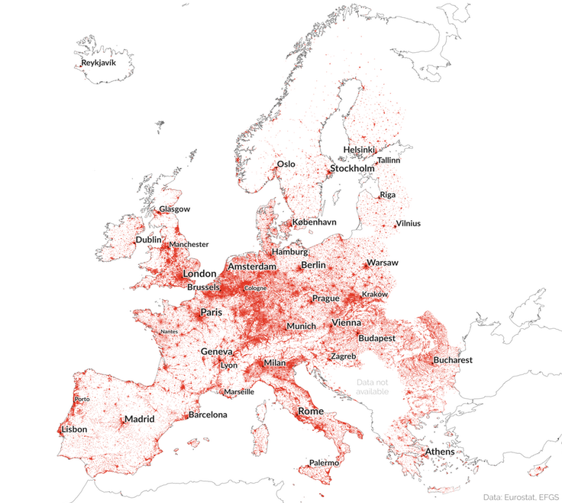 The depopulation of rural areas in Spain is generally getting worse

Spain has the lowest average rural settlement density in Europe (after controlling for geographic and climatic factors). Six of the ten least populated regions in Europe are in Spain.

Approximately 60% of Spanish settlements have less than 1,000 inhabitants and occupy 40% of the country’s territory. The population density of these territories has reduced dramatically in the last century.

Spain is set to become one of the countries with the oldest population by 2050 and has one of the largest old- age dependency ratios. In rural areas, the problem is particularly severe. The proportion of 65+ living in rural communities is over 20% and continues to increase.

Spain is mainly a rural country, with over 50% of its territory considered predominantly rural. Despite this, less than 15% of its population live in these areas and contribute to just 12% towards the Spanish economy. The most worrying trend involve the so-called inland territories (vs. coastal or periurban areas). Diversification of economic activity will be key to improving living standards in rural areas and increase territorial cohesion.